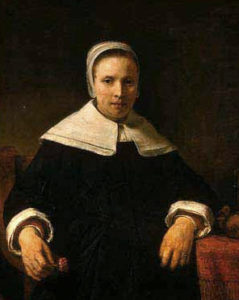 Happy National Poetry Month! April is just that, so we kick it off with a poem from a woman recognized as America’s first female poet, Anne Bradstreet. She was born in 1612 in England and emigrated to early America in 1630. Along with her parents and her own family, she was a part of the Puritan movement, but what I found interesting is the struggle she had with certain aspects of her faith and that she wrestled with that in her writing, as well as finding an outlet for her personal expression of faith.

I chose the poem she wrote after incredible tragedy–when their home burned entirely–because of her admitted response of grief and how faith became her comfort.