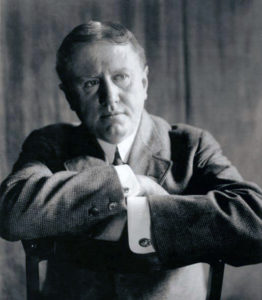 O. Henry, famed, short-story author known for his surprise endings, wrote Two Thanksgiving Day Gentlemen and included it in his collection The Trimmed Lamp in 1907. I found this gem at Project Gutenberg–a site I highly recommend for public domain works and have narrated, here, for you!

I am already older than William Sydney Porter (O. Henry is a pen-name, just in case you didn’t know) when he died in 1910 at age 47. He packed a lot into that short life, though–A multi-talented artist, he was also a licensed pharmacist (at age 19), worked as a draftsman, had hobbies such as writing, drawing, playing the guitar and mandolin, acted in local troupes with his first wife, was arrested for embezzling and eventually spent time in the Ohio State Penitentiary, where his pharmacological career came back into play as he became the prison pharmacist!

I hope you and your family have a lovely season, that you are bountifully blessed, and have a Happy Thanksgiving!