Why He Carried the Turkey 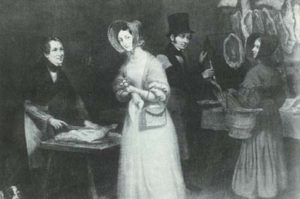 This short story highlights a couple of things–Judge John Marshall, the fourth Chief Justice of the US Supreme Court and his kind ways, as well as an awareness that the southern accent hasn’t existed since America began. (Seems obvious but I’ll admit I first recorded it in a southern accent.)  Our forefathers likely spoke with an accent much closer to how we speak today, across the Midwest–the General American accent–and that the Southern accent, as we think of it, even in all its varied and divergent ways, may be closer to the British accent prior to the modern British speech. To learn more, check it out here: https://www.quora.com/What-did-Americans-sound-like-in-the-late-18th-and-early-19th-centuries-and-when-did-the-recognizable-General-American-accent-come-into-being

And as always, thanks for listening! Hope you’re having a wonderful November!